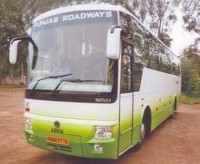 Ever since Independence, every devout Sikh prays to let us have free access to the Gurudawaras left in Pakistan. And among the Gurudawaras, Nankana Sahib is the holiest and most important. The Prime Minister of India visited Amritsar on 1st September,2004 on the occasion of 400th Parkash Utsav of Sri Guru Granth Sahib. The issue of pilgrimage to Nankana Sahib and other religious places in Pakistan was discussed by the Chief Minister, Cap. Amrinder Singh with the Prime Minister, Dr. Manmohan Singh. The solution to which was assured by the prime Minister.

Calling it the beginning of a new chapter between two countries, The Prime Minister said,” This is a historic day for the Sikh Community both Punjab and elsewhere. In many ways, it is a historic day for both India and Pakistan as well”. On this historic occasion, I send my greetings to the people of Pakistan and to President Pervez Musharraf.

The Prime Minister said,” The journey of peace must be based on a step-by-step approach, but the road must be travelled.” As an ancient saying goes,” A road is made by walking”, I am hoping that we are moving forward and creating a road, one step after another. Even though many hurdles have come along the way.

Underlining the importance of trade between the two countries, the PM said,” it would benefit the entire region”. He also made a pitch for people-to-people contact to bridge the difference between the nations.

The journey from Amritsar to Nankana Sahib by the Punjab Roadways luxury coach will cost each passenger Rs.1600(in Indian currency). The bus, which will be available every Friday from Amritsar and every Saturday from Nankana Sahib, will take about five hours to cover about 160 Kms. Similarly a Pakistan Tourism Development Corporation bus will also be plying on the route and would be available to passengers every Tuesday at Nankana Sahib and every Wednesday at Amritsar. The Fare for each passenger is Rs.2000(In Pakistani Currency).

It is for the information of the general public that the Amritsar – Nankana Sahib Bus will operate on regular basis on Friday and Wednesday from Amritsar and on every Saturday and Tuesday from Lahore. The schedule of operation of this bus service will be :-

Tickets available at :
Tickets are available at International Bus Terminal,
Youth Hostel, G.T.Road, Amritsar.
The Passengers have to report at least two hours before the departure of the bus.

1. Passport: All intending passengers should have a valid passport.

2. Visa : The Intending passengers will obtain VISA from the High Commission of the Islamic Republic of Pakistan at New Delhi for the date/dates on which he intends to visit Pakistan.

After fulfilling the above mentioned prerequisites, tickets can be obtained from the reservation counter at International Bus Terminal, Youth Hostel, G.T.Road, Amritsar on payment of Rs.1600/- for a passenger of 12 years and above age and 2/3 of Rs.1600/- for a child of two years and above, but below 12 years of age. Children below two years of age will be allowed to travel free.